I’m starting to get the hang of this work business again but it’s not easy. In fact as the new year dawned I wondered if I would be able to do it at all. I had some time off and without the pressure of having to front up at work to service my usual deadlines I was lost.

At one stage over the silly season I couldn’t even remember what day it was. Brisbane City Council can verify this because I rang them in high dudgeon one day complaining that they hadn’t taken my bin away. I got home and found it sitting there thinking all the other bins had been emptied because mine was the only one still out.

The problem was it was a Tuesday morning and the garbage truck comes on a Wednesday. I did ring council back later and I told them I was an idiot but I think they already knew that.

Lots of people go away over the silly season but we stayed home and the neighbourhood was dead as a doornail. I swear I looked out at the street at one stage and saw tumbleweed go by. This exacerbated the general feeling of entropy that engulfed our household, a place where the days all seemed the same and time ceased to mean much.

I became the human version of a blancmange and started to find that most mornings I could barely lift my head off the pillow.

“How did I ever go to work?’ I asked. It was a rhetorical question of course but I did wonder. I also wondered how I would ever go to work again. Thinking back I realised I had a very busy and productive 2016 but who exactly was that dervish who cranked out story after story for months on end? Now here I was spending most of the day prone, watching Foxtel, barely able to bring myself to scribble even a meagre shopping list.

In the end I began to yearn for some sort of structure to my life because I’m the sort of person who needs structure and discipline. I know people who have retired but the thought horrifies me. I need to go to work, to have things expected of me, for my own good and the good of the community as a whole.

Those mornings over the holidays when I didn’t have to go to work were nice at first but eventually it all became too hard. It’s not easy doing nothing.

“Are you getting up?” my wife would ask me each morning and I would moan: ”Why should I?”

But now I’m back at work and while I’m still not exactly leaping out of bed in the morning (I’ve never been a morning person) I’m happy to be back in the saddle. I may end up being the guy who works until he is 90. I’m not sure if that’s a promise or a threat. Maybe both. 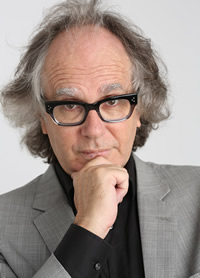